Percy stood on the flat porch roof just outside the window of his second-floor bedroom. Even though the black shadow of the house was filled with yellow squares of light, he knew no one was awake. The house was always lit up like a church, like a hotel, every light on from basement to attic, Percy’s uncles asleep on couches, big books and daily papers tented over their bellies, lamps and overheads glaring. Or, as was the eventual circumstance, every light out, all bulbs blown, his uncles stumbling about the kitchen with matches and pipe lighters and weak, sputtering flashlights.

The night smelled like damp dirt and corn. Like leaves and sap. The tree to his left groaned, oozing where the roof rubbed it. Its trunk had been hollowed by beetles or fungi or lightning. (Percy liked to think lightning.) When full, green or gold (as it turned every fall), the top part seemed different and separate from the gaping gray bottom part. But bare, its black bones spread and twisted wickedly, a fitting extension of the ruined trunk, and every winter they scrabbled fearsomely against Percy’s window. Uncle Edmund, his own head fastidiously shorn, had offered many times to trim the tree’s grasping limbs. Hoisting high his gas-powered pole saw, as excited and expectant as a pikeman at the charge, he had hoped to use Percy's fright to leverage the woollier Rapscallions (Nigel, Jonathan) who often stymied his pruning when it concerned common property instead of personal application. But frankly, Percy enjoyed being scared. Especially of things that weren’t real. Things like an insect, two stories tall, its antennae clicking against the glass, its knobby, spiked forelegs clutched in prayer. Or a giant squid, out of the water for days, its dried tentacles clattering about stiff as sticks. Or a big, old buck, heavy headed, battle worn, fighting for dominance and the right to rut, charging the diamond panes with a rack of a hundred points. Each of which the tree had, at one time or another, appeared to be.

He took a deep breath. The tree in front of him was maple, but he could still pick up the root beer of the sassafras woods. Under the root beer he caught a note of truck diesel. He straddled the roof railing and watched the big road sparkle through the thinning tops. He looked down. He could see the birdbath in the yard far below. The wind was up and the dark water shuddered then rolled, sloshing over the sides. Like a withered leaf, the moon’s reflection trembled and blew across it.

The book has several pages of End Notes: supplementary descripton, like the sample below, bits of character biography, trivia, family anecdote, and one or two full on stories (relevant but stand alone).

End Note 23
Rapscallion House had many rooms. Some were properly furnished with couches and carpets — things claw-footed and talon-balled, Persian medallions and scenes of falconry worn thin, heavily trod — and some were not. All were full. One held nothing but firewood. Another, yellow magazines, wire-baled bundles that Percy arranged to form tunnels and chambers through which he slithered and sat, cockpit crunched, reading the spines by flashlight: Cephalopod, Yagua Indian, Black Hole, Iguanadon. 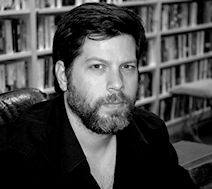 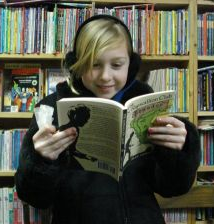